How Un-random is the Randomization

Randomization is one of the highly efficient methods to select the sample for the study. It holds a significant meaning in research and it would be unfair to use the word casually, without understanding its true meaning. This letter has introduced randomization and its types to guide researchers to analyze, optimize, and criticize their work in view of randomization.

A sample is a representative unit of the population from which participants/unit are drawn. The method of drawing a sample from a population is called the “Sampling method”. Sample size constitutes the required number of samples for a statistical setting. There are two ways to select a sample from the population, probability and nonprobability sampling. Probability sampling involves randomization where every individual has an equal chance of getting selected.1

Randomization in the research holds significant meaning and it would be unfair to use the word casually, without understanding its true meaning. The difference in outcome between the two groups can be reasoned by three possibilities: (1) exhibiting a real effect through intervention, (2) chance occurrence, and (3) bias resulting from factors other than the intervention. Randomization works upon the third principle, i.e., it ensures comparison by removing systematic difference/bias between both the groups and effect of confounding factors. Hence, the possibility of difference in outcome due to the real effect of an intervention or chance occurrence increases.2

It provides the highest degree of confidence to draw the causal inference. It helps in blinding and allocation concealment where allocation is carried out using a chance mechanism so that neither the participant nor the investigator knows in advance about the group assigned to participants. It is unpredictable, simple for an investigator to implement, and provides a balance between treatment groups in size, constitution, and all-important aspects except for the intervention. Hence, randomization is also considered as “Heart of Randomized Controlled Trial (RCT)”.3,4

There are several types of randomization:

This method is not recommended as it takes time and cannot be applied to a large sample size. However, it creates a sample of disproportionate size in <100 participants. For example, two groups comprise 7 and 3 participants from a sample of 10 using this method. Hence, it is advisable to perform simple randomization when the sample size is equal to or above 200. 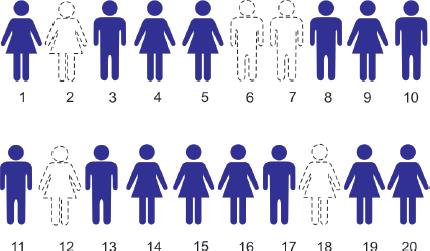 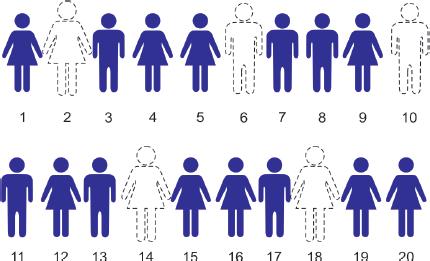 Fig. 3:: Systematic randomization—participant 2 was randomly selected, then participants (6, 10, 14, 18) selected at an interval of three individuals

It covers a wide geographic area and represents the population. However, the method requires that homogeneity should be carefully chosen.

The procedure provides the same and equal chance to get selected in the sample. However, it cannot be used when there is a periodicity of occurrence of an event. 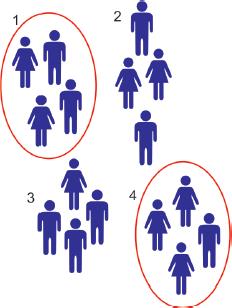 Fig. 4:: Cluster randomization—all individuals in cluster 1 and 4 are selected

It is simple and less expensive, but cannot be generalized if the selected clusters have similar characteristics as the above-mentioned school students.

It is more purposeful and less laborious. However, there can be overlapping results into 2–3 samples. 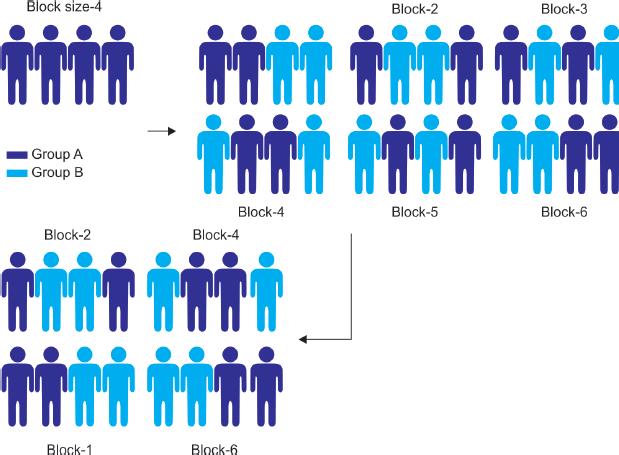 It covers a wide geographic area, cost, and time-effective. However, it is difficult to perform and can never represent 100% of the sample.

It provides a balance in study arms even with a small sample size. However, if the researcher is aware of the block size, the risk of selection bias increases. Hence, the size of block size can be varied. It cannot balance covariates. The computer-generated block randomization is one such method that has a unique reference number to each list generated. The randomization list should be prepared by the person who is not directly involved in the study.6

The method is helpful in multicentric trials and in balancing covariates but, requires the information of baseline characteristics of all participants.6

It is performed to balance the variables among treatment groups. It is of the following types:

Here, the researcher is aware of the next assignment and can result in a loss of statistical power due to unequal final sample size.8 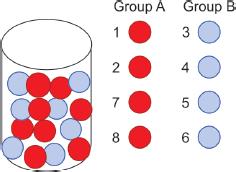 Fig. 7:: Urn-randomization—one ball is drawn at random and replaced with the extra ball of the opposite color to the one added

Randomization can be performed in form of any above-mentioned category or a combination of categories. It depends on the method, aim, and the number of groups to decide for a particular type of randomization for sampling (Flowchart 2).

Randomization holds significant meaning and cannot be used anonymously anywhere. It helps in yielding optimum size by saving time, money, and overuse of material. It enhances accuracy, reduce bias, balance variables between the groups, reduce confounders, and form the basis for statistical tests. Though it cannot be performed when the participants are difficult to locate, hesitate to speak, take less interest in the topic, and there is purpose involved with the objective of the study. But it is a very effective tool to increase novelty, internal and external validation for the rest of the other research studies. This letter has introduced randomization and its types to guide researchers to analyze, optimize, and criticize the work in view of randomization. The use of the word “random” should undoubtedly deserve attention and be justified before designing any study.

Fig. 8:: Restricted randomization for unbalanced allocation—the balls are picked at random for each participant and the group is allocated 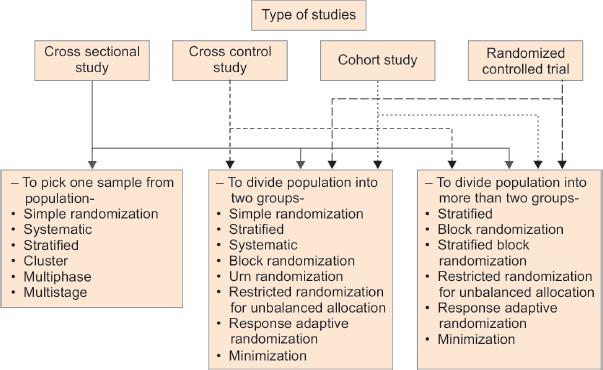 Flowchart 2:: Chart to choose the type of randomization in different kind of studies