Materials and methods: A maxillary impression with standard distraction method, followed by another impression with E-TTT after a 10 minute washout, was made in group I (n1 = 15). The order was reversed in group II (n2 = 15). Gag prevention index (GPI) and five-point patient response scales were used to measure the GR.

Conclusion: E-TTT did not mitigate the GR during impression making but led to a better experience.

The exaggerated gag reflex (GR) may pose a hindrance for performing routine dental practice in children. It is important for the pedodontist to understand GR and to find alternative methods to control it. The use of “Earplug1 and Temporal Tap2 Technique” (E-TTT) is simple and noninvasive. The material used in it is easily available, and skill involved can be acquired by any dentist quickly.

According to the current literature, there is merging of the sensations at the cortex and brainstem from the oropharynx and skin of the ear.3 Oral referred pain to the ear (otalgia) is common via the trigeminal and its spinal nucleus, which may be due to the unique representation of the ear in the somatosensory cortex. This relates the oropharyngeal areas to the ear.1,4

Moreover, it is postulated that stimulation of the auricular acupuncture point may inhibit the muscular activity in GR. This point is the anti-gagging point5 (Fig. 1) located on the ear corresponding with the skin of the external auditory canal (innervated by the auricular branch of the vagus nerve) and that adjacent to the auricle (innervated by the auriculotemporal branch of the mandibular division of the trigeminal nerve). Thus, it can be theorized that the stimulation via external auditory canal (EAC) triggered by an earplug may influence or block sensory pathways of the GR within the somatosensorial cortex and/or at the brainstem and/or as an antidromic stimulation of the neuronal pathways of the oral referred pain (otalgia) over the EAC skin.1

Temporal tap technique was developed by George Goodheart. It is performed by tapping (with palm surface of the fingertips) along the temporal–sphenoidal diagnostic line2 (Fig. 2); starting in front of the ear, moving forward, up, and then along the line. Tapping is done firm enough to penetrate the hair and spring way from the skull after each light blow. Sensory input is given before, during, and immediately after temporal tapping. It helps the patient understand the given instructions better with creating the strength necessary for bringing about desired effect. It is most useful in controlling the involuntary functions such as gagging.2 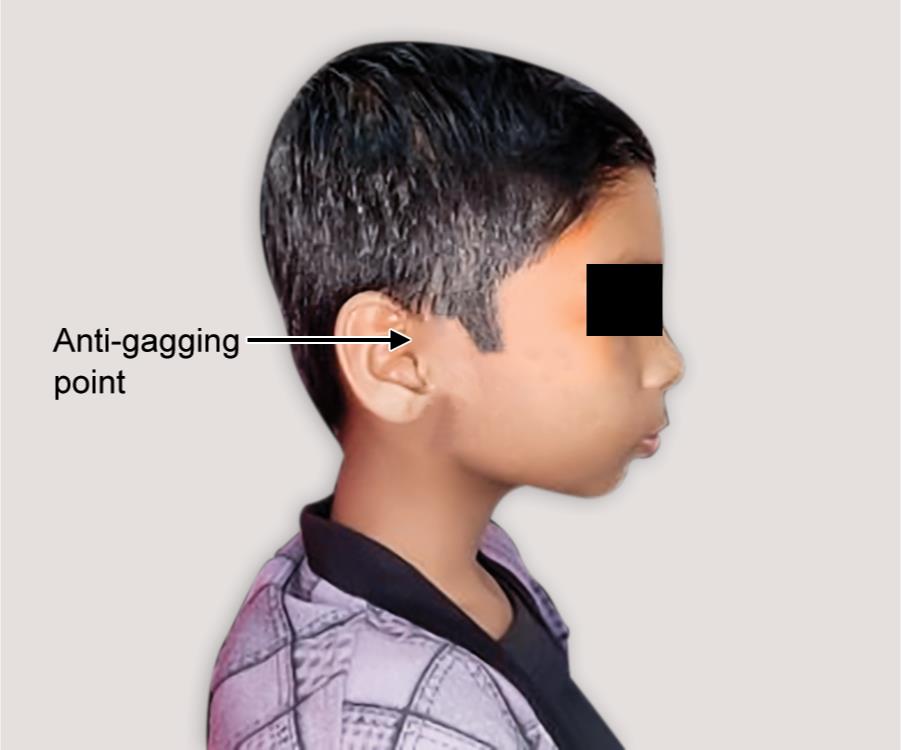 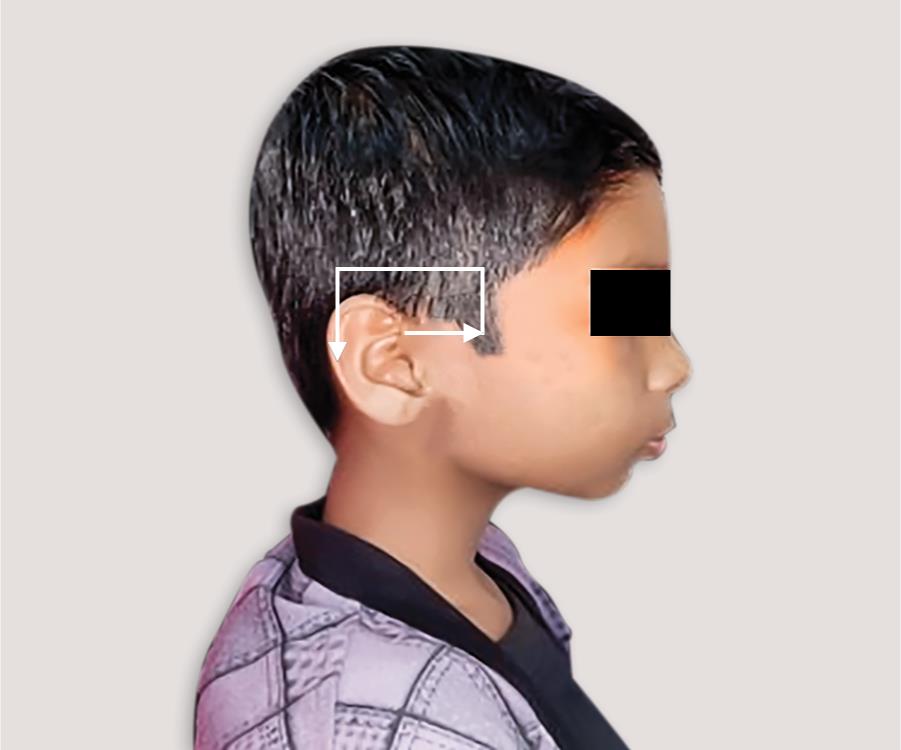 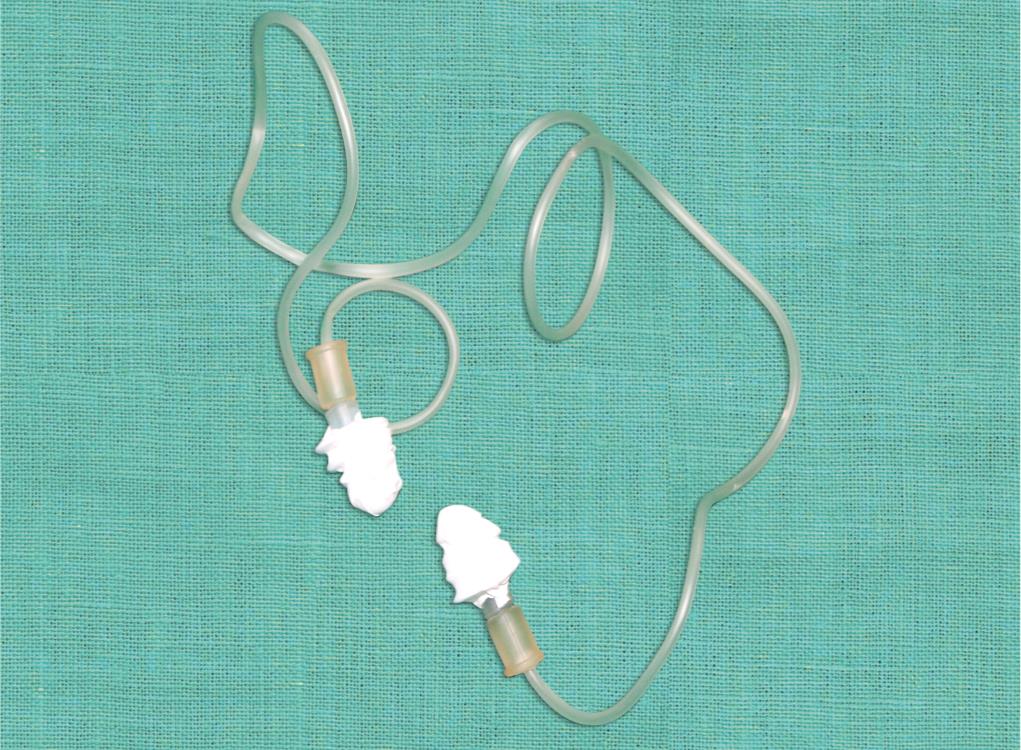 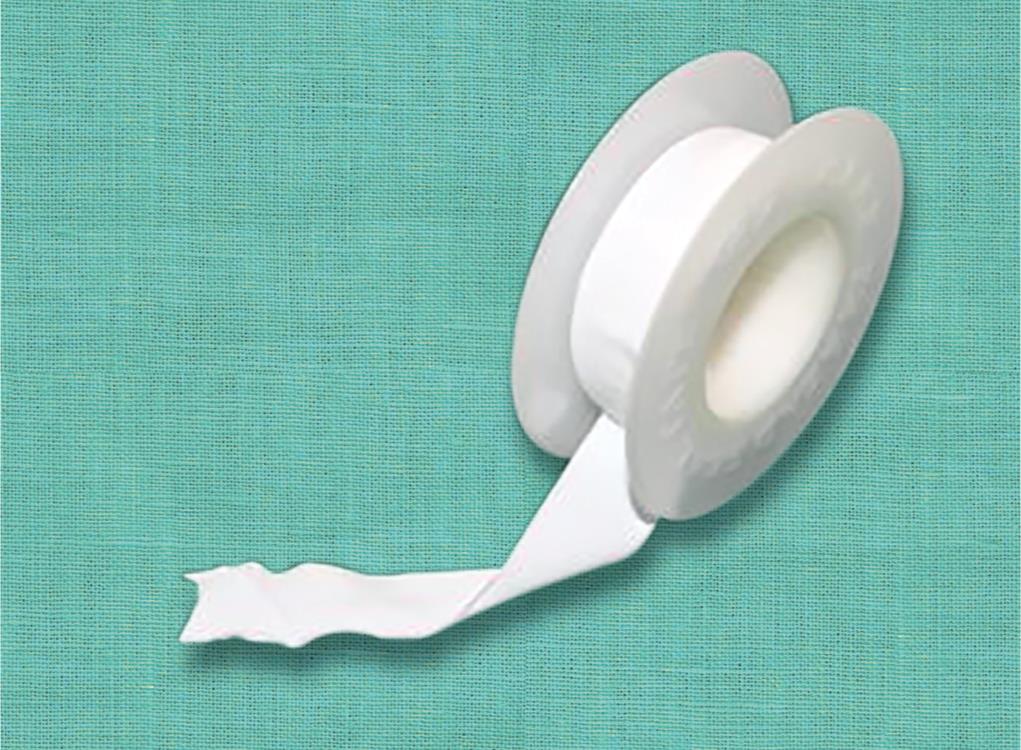 The study aimed at evaluating the use of E-TTT while making impression of the maxillary arch in children aged 6–12 years old.

The children reporting to the department of pediatric and preventive dentistry of a dental college and hospital from July 24, 2018, to August 6, 2018, were enrolled in the study. Ethical approval was obtained by the Institutional Research Board. Parental consent and a verbal assent were taken for every participant. A pilot study was performed on five patients after which it was decided to include patients aged older than the age 6 years so that sensitization of the patient to the first impression would have less impact on the results.

Gagging severity index (GSI) (Table 1) and GPI (Table 2), both pre-validated tools, developed by Dickinson and Fiske6 were used to score gag intensity. Children with GSI score ≥2 as screened by the (trained) senior investigator were enrolled in the study. This being a preliminary study a sample size of 30 was found to be adequate for statistical comparison. Two groups of 15 each were randomly allocated by odd–even method. The odd patients were included in the group I and even patients were included in group II. 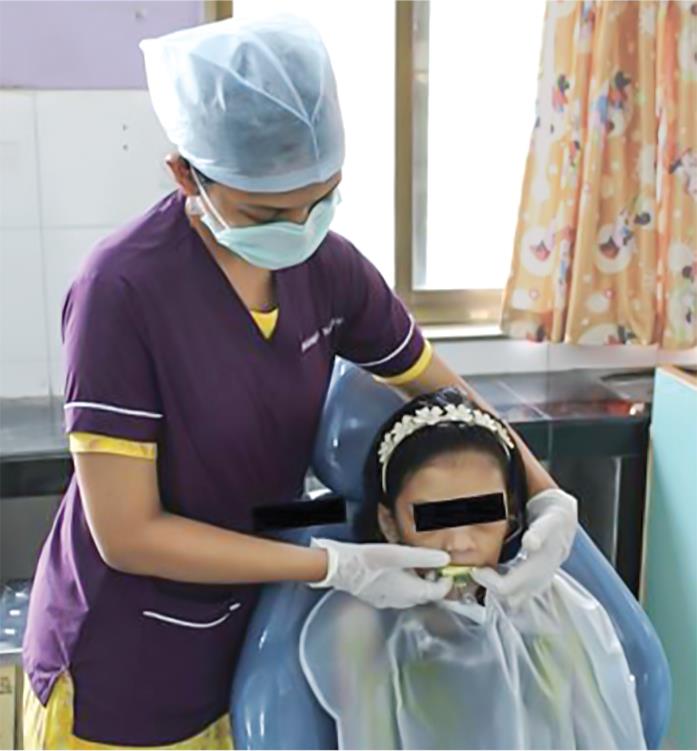 Fig. 5: Maxillary impression being made after E-TTT 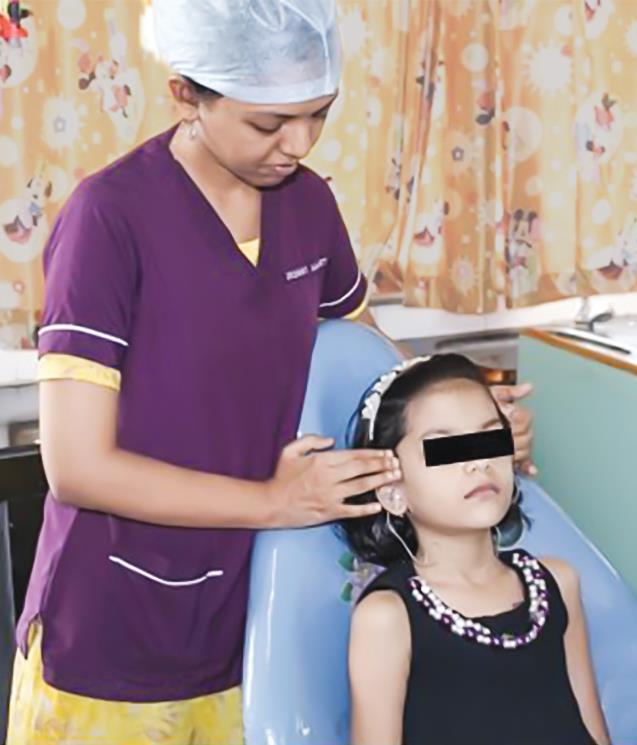 Fig. 6: Temporal tap being performed by the primary investigator 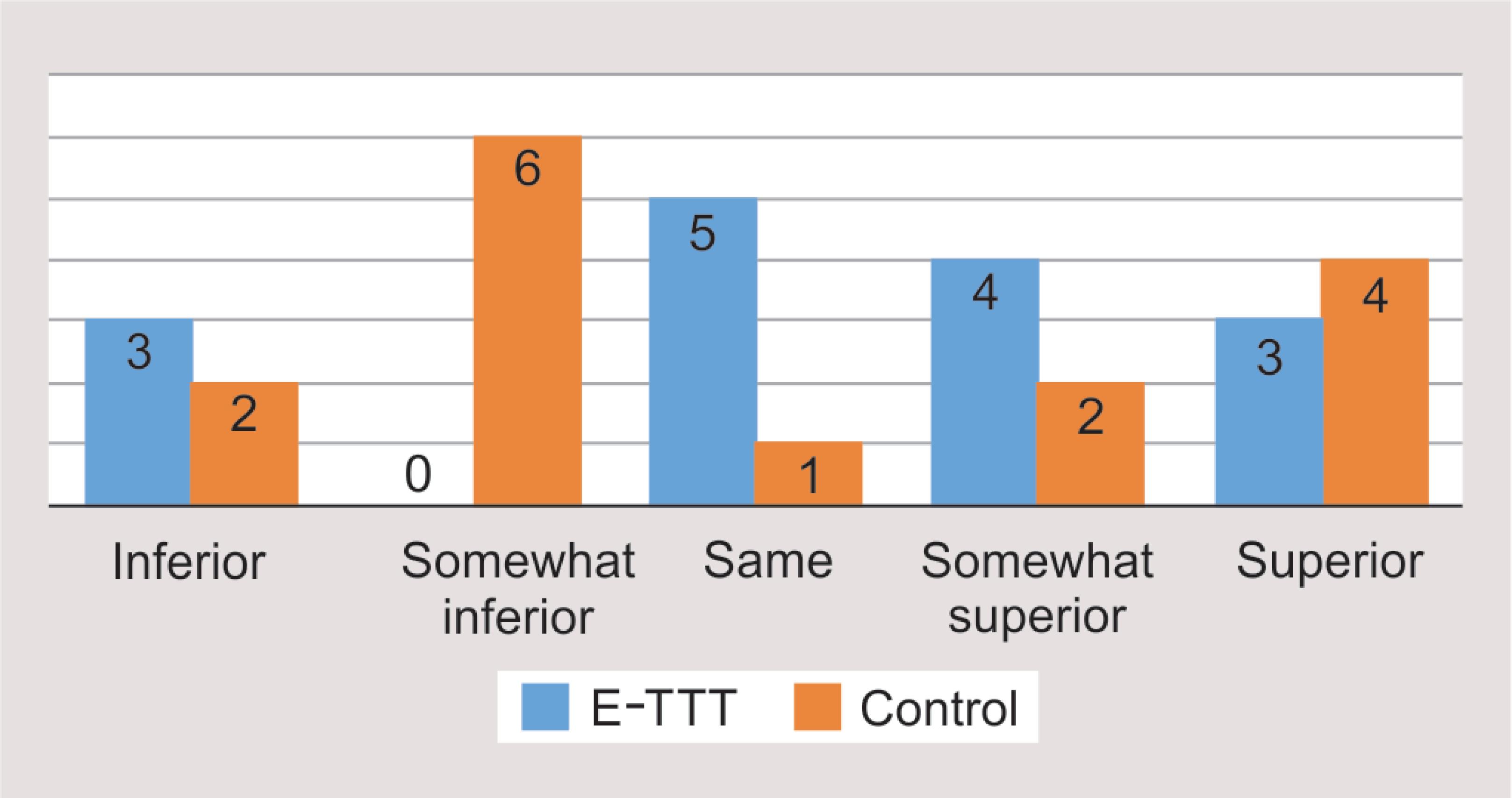 Verbal distraction was common to both the groups. The resultant GR was scored with E-TTT and with control using GPI index at 0 second, 30 seconds, 1 minute, and 2 minutes. Additionally, a 5-point patient-reported scale (Fig. 7) was also recorded after the second impression in both the groups. It had 5 scores as “Inferior,” “Somewhat inferior,” “Same,” “Somewhat superior,” or “Superior” experience with the impression that was made with the second technique in both the groups in comparison to the impression that was made with the previous technique. Thus, patient response was recorded in relation E-TTT and control in group I and II, respectively.

Data obtained were compiled on a MS Office Excel Sheet (v 2010). Data were subject to statistical analysis using Statistical package for social sciences (SPSS v 21.0; IBM, USA). Comparison of mean age has been done using t test and frequencies of gender using Chi-square test. Intergroup and intragroup comparisons have been done using Mann Whitney U test (for ordinal scale) and Friedman’s test, respectively. Comparison of frequencies of 5-point patient-reported scale between interventions has been done using chi-square test. For all the statistical tests, p value %3C;0.05 was considered to be statistically significant, keeping α error at 5% and β error at 20%, thus giving a power to the study as 80%.

The demographic details such as age and gender were recorded and analyzed statistically. The Chi-square values of the mean age and gender distribution of the sample were not statistically significant (Tables 3 and 4). Thus, there was no confounding influence of these variables on the results. 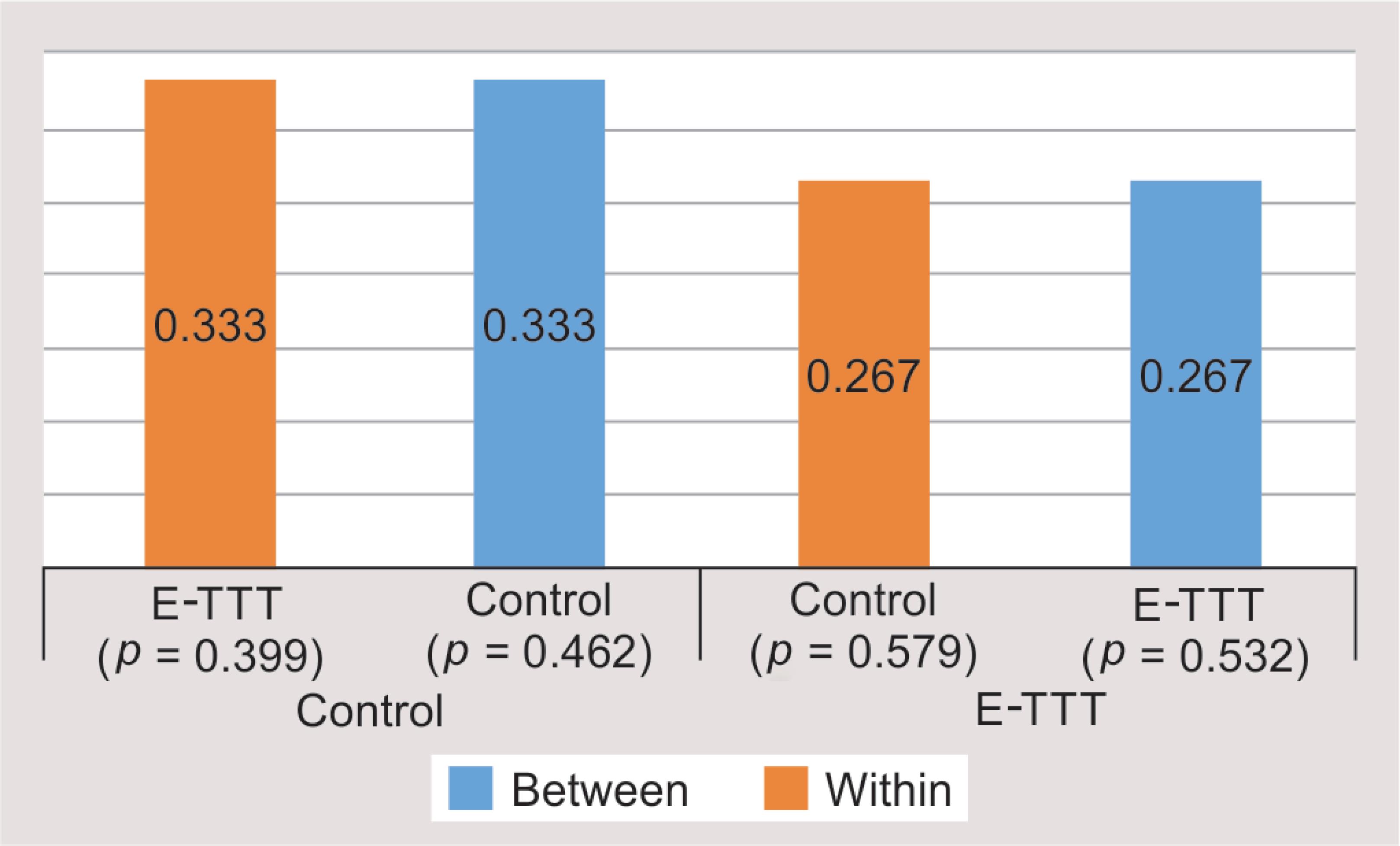 Fig. 9: Mean differences within and between groups for GPI scores

Additionally, the frequencies of patients showing increase or decrease in GPI at 1 and 2 minutes were recorded. However, their proportions were not found to be significant. Also, the mean differences in GPI at various time intervals were not statistically significant, whether within or between the groups.

Clinically beneficial, simple, and noninvasive management of GR is much needed. Although several techniques have been employed previously, “there is no one size that fits all.” This study was undertaken to assess the effectiveness of E-TTT on level of gag control in children.

Temporal tapping helps in calming the patient by reducing the anxiety. It instills confidence in the patient by the sensory input (verbal instructions and support) and helps in breaking the old habits. It is effective in bringing suggestions into the nervous system for the control of involuntary functions of the body.2

Techniques used to reduce bias were:

With reference to GPI score, we did not find any statistical significance. We offer the following explanation for the same. Possibility of sensitization and coping of the child when the second impression was made could have resulted in GR. Furthermore, the mean baseline GPI score not being high, marked reduction was not apparent. The awareness of the fact that some extra effort was put in by the operator with E-TTT might have affected the patient-reported scale.

Since there have not been any reported studies on children with the use of E-TTT evaluating GR, we could not compare our results to them. A study on adults by Cakmak et al.,1 with earplugs being used to control GR, demonstrated that earplugs could suppress the GR mediated by auriculotemporal nerve of trigeminal and Arnold’s nerve of vagus. However, it could not suppress the GR mediated by glossopharyngeal nerve.1

As GR is a chronic condition with no definite treatment and only alleviation of the condition is possible, a crossover study design was chosen which gives both the techniques an opportunity to demonstrate their effectiveness. It helps in reducing not only the influence of confounding covariates (such as patient behavior) because each patient serves as her or his own control but also the sequence effect of the techniques on the outcome can be reduced.8 However, the crossover effects were not statistically significant.

The limitations of our study were a small sample size, non-probabilistic sampling and inherent limitations of the measuring scales. Our study aimed at evaluating the mitigation of gag during the impression making and not while completing any other procedure.

In 6 to 12-year-old children, the changes in GR measured as GPI score before and during impression making with control and with E-TTT showed no significant statistical difference. However, the 5-point patient-reported scale was improved and lead to a better patient experience. Therefore, we conclude that E-TTT could be used as an adjunct to the conventional gag controlling strategies. It again emphasized that GR is usually controlled by using a combination of techniques and not by a single technique alone. A more effective way to stimulate the EAC might show a significant result. This is the first study on children of its kind. Thus, merits attention to the techniques described for the mitigation of GR for further investigation in children.