Acceptance of Parents to Silver Diamine Fluoride in Pre-cooperative Children: A Cross-sectional Study

Aim: To evaluate the acceptance of silver diamine fluoride (SDF) among parents of pre-cooperative children.

Materials and methods: This was a questionnaire-based study. Prevalidated questionnaires were distributed to the parents of pre-cooperative children with dental caries. The response rate was 100%. Data were statistically analyzed using Chi-square test.

Conclusion: SDF is acceptable to parents and potentially useful in patients who are unable to obtain traditional restorative treatments due to cooperation, access, costs, and apprehension of general anesthesia.

In a developing country like India, dental caries is seen to be widely prevalent and severe. In a recent systematic review, the prevalence of early childhood caries in India was 41.49%.1 In another review by Mehta, one out of two children in India were affected by dental caries.2 The overall caries prevalence in primary school children of India in a cross-sectional study was seen to be 78.9%.3 In children, dental anxiety and fear of dental treatment have been recognized as problems in management for many years, which can affect the quality of care.4 In a survey (Vellingiri), parent’s preference to general or local anesthesia for their children’s dental treatments was evaluated. Ninety-seven percent of the parents preferred local anesthesia to general anesthesia.5

Silver diamine fluoride (SDF) is a topical agent used in many countries to arrest dental caries. It has dual mechanism of action as the silver component acts as an antimicrobial agent by killing the bacteria and preventing the formation of new biofilm, whereas the fluoride acts by preventing further demineralization of tooth structure.6,7 SDF is considered to be cost effective, easy to perform, and noninvasive technique for caries management. It can be used to slow down or arrest the caries progression in very young children. In addition, it can be used for disadvantaged children or in areas where there is great shortage of dental personnel.8 Also, it was cleared as a desensitizing agent by the Food and Drug Administration for the US market in 2014.9 According to Mellberg et al., fluoride introduced into the oral cavity gets cleared with passage of time; hence, a continuous supply of fluoride is essential for anticaries effect.10 Enamel fluoride content was seen to increase significantly even after 6 months of application of SDF compared to fluoride varnish and APF gel.11 A systematic review of seven studies indicated that SDF, at concentrations of 30% and 38%, was more effective than other preventive management strategies for arresting dentinal caries in the primary dentition.12 A meta-analysis performed on extracted data from 8 studies using 38% SDF to arrest caries in primary teeth reported the overall percentage of active caries that became arrested to be 81%.13

Despite these benefits, SDF is known to cause dark staining of carious enamel and dentin which can result in esthetic concerns among parents. Owing to the scarcity of literature about SDF in Indian context regarding its acceptance to the possibility of esthetic concerns and other aspects among parents, we planned a study with the following main objectives:

This was a questionnaire-based cross-sectional study. The study was conducted in the Department of Paediatric and Preventive Dentistry of teaching institute in India. Parents of the patients attending the OPD were selected. Ethical clearance for the study was obtained from the Institutional Ethical Committee. A written consent was obtained from each parent(s) of children prior to commencing the study. We determined that a sample of at least 96 study participants to detect a difference of 0.2 standard deviations with error rate of 5% using the formula n = Zα/E. However, we included 105 participants for this study to account for errors, if any, owing to improperly filled questionnaires or participant dropouts from the study.

Parents of pre-cooperative children who have visited the dentist to seek treatment for carious teeth and children having at least one carious lesion involving dentin which is soft, yellow in color and painless were selected for the study. Children with painful and abscessed teeth and those with developmental defects (amelogenesis imperfecta, dentinogenesia imperfecta) were excluded from the study.

The data were organized using MS Excel program and subjected to statistical analysis.

The correlation between parents choosing SDF in relation to different variables like noncooperation of child in the past, discoloration, behavioral barriers, and pharmacological methods is reported in Table 2. In relation to noncooperation of the children in past, 22.85% of the parents of the children above 36 months chose SDF whereas only 4.76% of the parents of children 36 months of age and below were seen to choose SDF (Fig. 3). This difference was statistically significant (p = 0.047).

The correlation between acceptance of SDF in front teeth and back teeth and the relative modifying factors are depicted in Table 3. 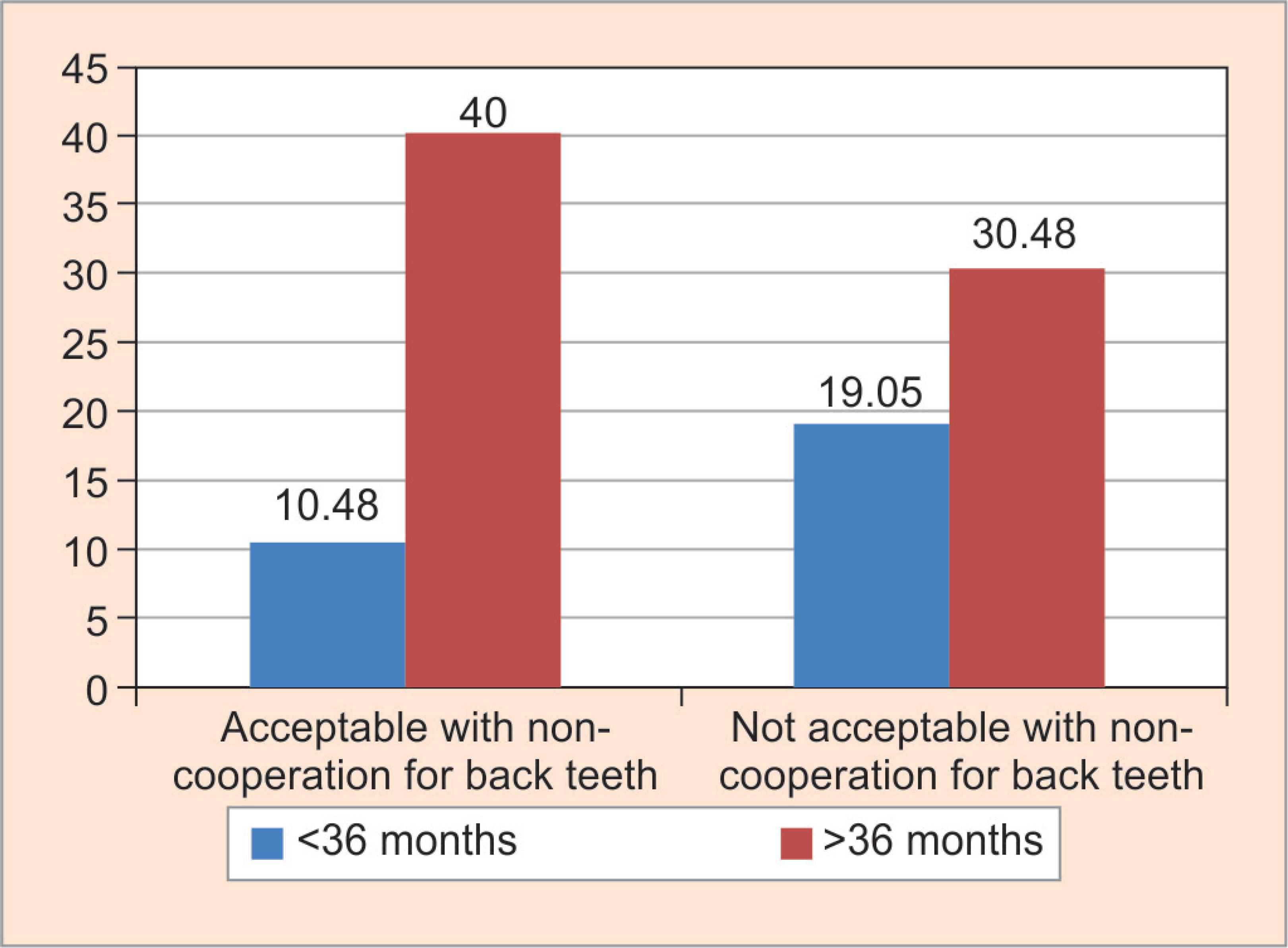 Fig. 3: Acceptability of SDF with noncooperative children above and below the mean age for back teeth

Fig. 4: Acceptability of SDF with parents above and below the mean income for discoloration of front teeth 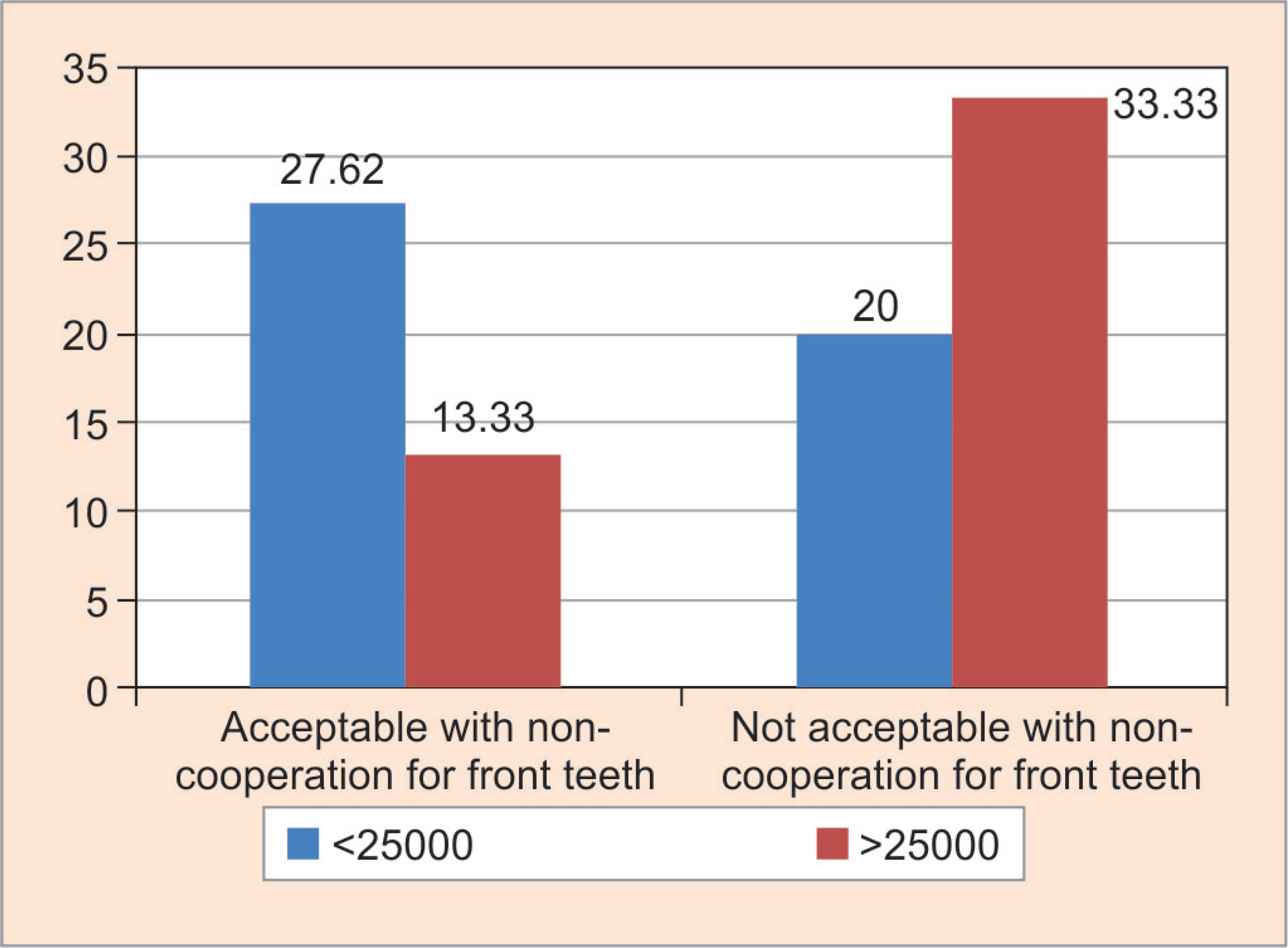 Fig. 5: Acceptability of SDF for front teeth in parents above and below mean income in noncooperative children

The present study being a cross-sectional study mainly focuses on acceptance of parents to SDF staining in pre-cooperative children. The study included 105 parents of children with at least one carious lesion. To our knowledge, this is the first ever study done on the Indian population with the above mentioned study objective. In relation to noncooperation of the child in the past, the percentage of parents accepting SDF was more in the children above 36 months, which may be due to no past dental experience in most of the children below 36 months.

In our study, acceptance to SDF by parents was seen to be far more for back teeth than for the front teeth. This difference may be because of the less visibility of discoloration in the back teeth when compared to the front teeth. These results were in conjunction to the study done by Crystal14 and Bagher.15 However, contrasting results were reported by Alshammari16 where majority of the parents strongly refused SDF treatment both in front and back teeth. Also, other authors have reported that parents preferred tooth-colored restorations over amalgams and silver metal crowns17 and zirconia esthetic crowns over other anterior restorations.18

Discoloration of front teeth was one of the major concerns among most of the parents. The investigators in a study concluded that the degree of dentin demineralization led to a significant increase in the rate of dentin color change after application of SDF.19

However, a significant number of parents below the mean income accepted SDF discoloration in front teeth when compared to the parents with income above it. This can be due to the superficial or partial knowledge and lack of awareness among the parents about importance of primary teeth w.r.t. esthetics.20 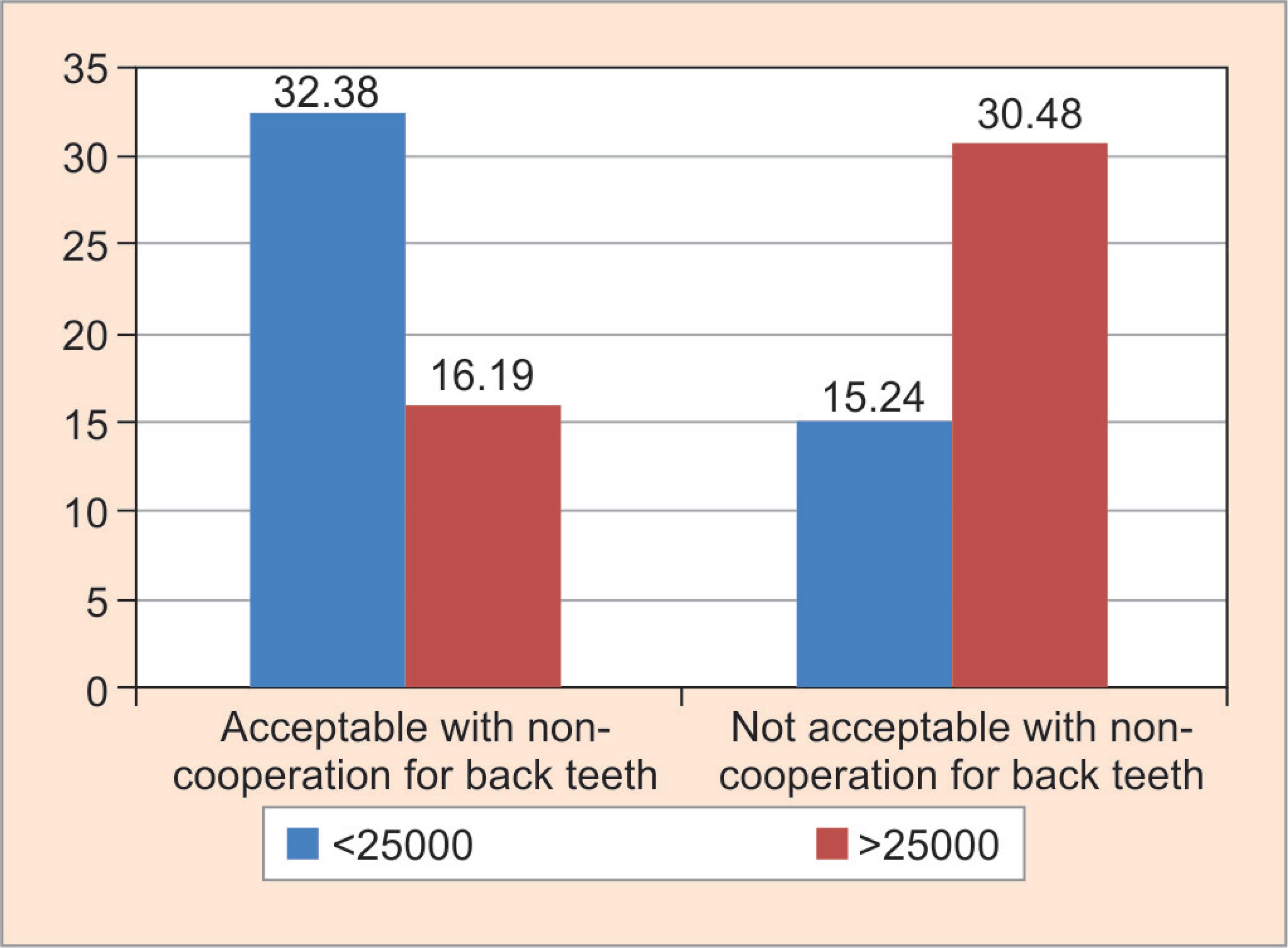 Fig. 6: Acceptability of SDF for back teeth in parents above and below mean income in noncooperative children

Although discoloration caused by SDF was unacceptable to most of the parents, many would still choose SDF instead of pharmacological methods like sedation or general anesthesia. These results were similar to the study done by Bagher,15 wherein parents of children with history of uncooperative behavior during previous dental treatment were significantly accepting SDF regardless of type and location of teeth. The reason for choosing SDF may be the parent’s awareness of anesthetic agents being associated with potential risk to patient’s overall health with some reports of morbidity and mortality.21,22

In our analysis, we found that majority of parents of both low and high education status would choose SDF instead of general anesthesia and sedation. However, results reported by Crystal14 showed similar results with no difference in acceptance of SDF when parents had to consider the need for general anesthesia.

In our study, preoperative and postoperative pictures of SDF treatment were added in the questionnaire which could give a clear idea of discoloration to the parents. It is recommended that the consent forms with photographs of SDF application on front and back teeth should be presented to the parents before SDF application.15

In recent literature, SDF has attracted attention as an additional approach to caries management. It is bactericidal to cariogenic bacteria mainly Streptococcus mutans, promotes remineralization of demineralized enamel and dentine, and also hampers degradation of the dentine collagen.23 In view of the findings in the systematic review; SDF was a more effective dentine caries arresting agent than sodium fluoride.24 Also, in another study, it was effective in arresting active caries lesions in primary teeth in young children and was well accepted by parents.25

There were certain limitations associated with the current study. This study was limited to the parents who had visited the said institution for treatment purpose with their children. Cost was not a parameter considered for the acceptance of SDF as the treatments provided in the college are free. Lastly, most of the children had no past dental experience which might have affected the choice of SDF by the parents.

SDF can be considered acceptable to parents and is potentially useful in patients who are unable to obtain traditional restorative treatments due to cooperation, access, costs and apprehension of general anesthesia. Large multicentric studies in public as well as private setups are necessary to substantiate the claims made by this study.