Introduction: Apert syndrome is one of the rare forms of acrocephalosyndactyly, also characterized as the branchial arch syndrome, thereby affecting derivatives of the first and the second branchial arch. It represents autosomal dominant inheritance. It constitutes craniosynostosis, syndactyly of extremities, and dysmorphic facial features with significant oral manifestations.

Case presentation: The presented case report emphasizes a 13-year-old female with a chief complaint of pain in left mandibular posterior tooth region. The patient was diagnosed with Apert syndrome at birth and presented with typical features such as craniosynostosis, syndactyly and dysmorphic facial features. The patient was active and playful and showed positive behavior towards dental treatment.

Discussion: As the case represents rarity and similarity in features with other craniosynostosis syndromes such as Crouzon syndrome and Pfeiffer syndrome, it becomes a diagnostic dilemma. Thus, genetic counselling and early intervention form an essential part of treatment. As cases reported in Indian literature are deficient and typical features in the oral cavity are accustomed, a dentist should be acquainted with diagnosis and form a part of the multidisciplinary management team.

Apert syndrome was reported first in 1894 by Wheaton;1 however, its name derives from a series of works published by Eugene Apert in 1906.2 Due to the high infant mortality rate, the incidence in general population is lower, that is, 1:1,60,000.3

Apert syndrome, a form of acrocephalosyndactyly, is a congenital disorder represented by craniosynostosis, acrocephaly, and syndactyly of the hands and the feet.4 It shows autosomal dominant inheritance and is a result of mutation of fibroblast growth factor receptor-2 gene (FGFR-2) on chromosome 10q26 gene locus. The FGFR-2 expressed by suture progenitor cells undergoes mutation as a result of which signals are not received to produce necessary fibrous material necessary for normal cranial sutures.5

A 13-year-old female patient presented at the Department of Pedodontics and Preventive Dentistry with a chief complaint of pain in the left mandibular posterior region which was acute in nature. The medical history was reviewed. The patient had been diagnosed with the Apert syndrome at the time of birth. There was no family history of any congenital malformation. History revealed that the patient had undergone bifrontal and biparietal release by multiple osteotomies at one-and-half years of age and was admitted to the hospital with complaints of delayed developmental milestones and facial deformity at two-and-half years of age. Figure 1 shows extraoral appearance representing significant dysmorphic facial features. The patient presented with normal height and weight per age. She was active and playful. There was no history of acute systemic illness. Characteristic syndactyly of digits also depicted in Figure 2.

Oral manifestations of the patient included high-arched palate, maxillary hypoplasia, pseudocleft, delay in eruption of permanent dentition, crowding of dentition, and gingival hypertrophy in relation to 16 and 26 as shown in Figures 3 and 4. Orthopantomogram (OPG) revealed the presence of all permanent teeth with impacted 35 as shown in Figure 5. The mandible appeared prognathic due to maxillary hypoplasia. Radiographic representation of syndactyly of digits is also depicted in Figure 6. 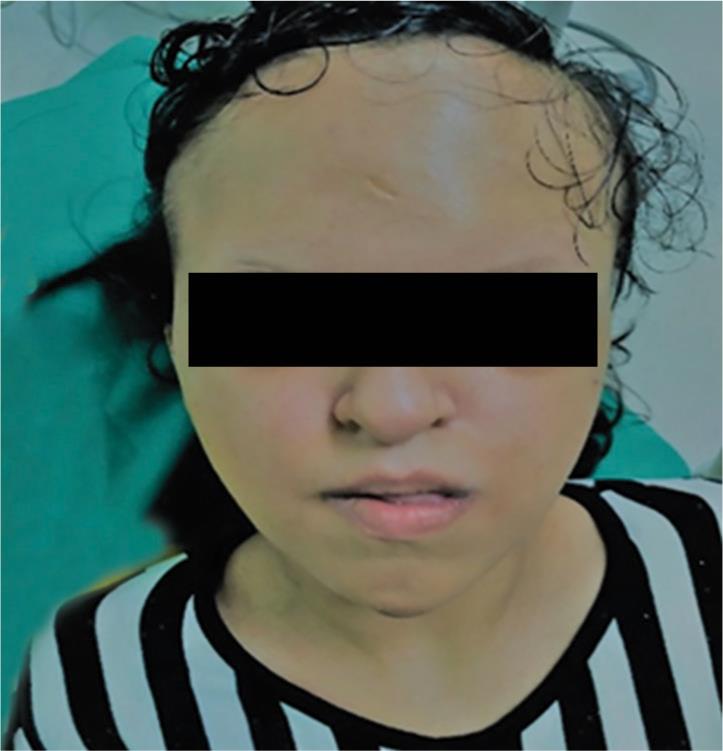 Fig. 1: Extraoral appearance of the patient

Dental management included root canal treatment of 36 followed by gingivectomy for which the patient was referred to the Department of Periodontology. Upon gaining access, only mesiobuccal and distal canals were found to be patent, suggestive of the calcified mesiolingual canal as shown in Figure 7. On the subsequent visit, obturation was done with gutta-percha in the two canals as shown in Figure 8. Further preventive and oral hygiene maintenance protocol was instituted to the patient along with regular recall for future. 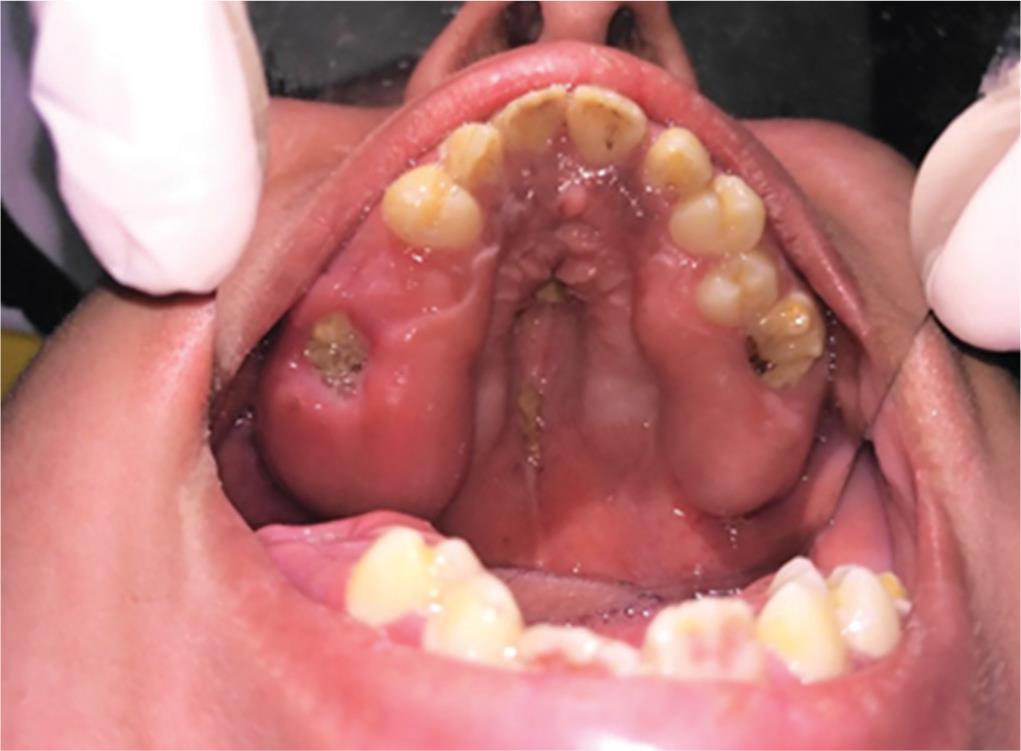 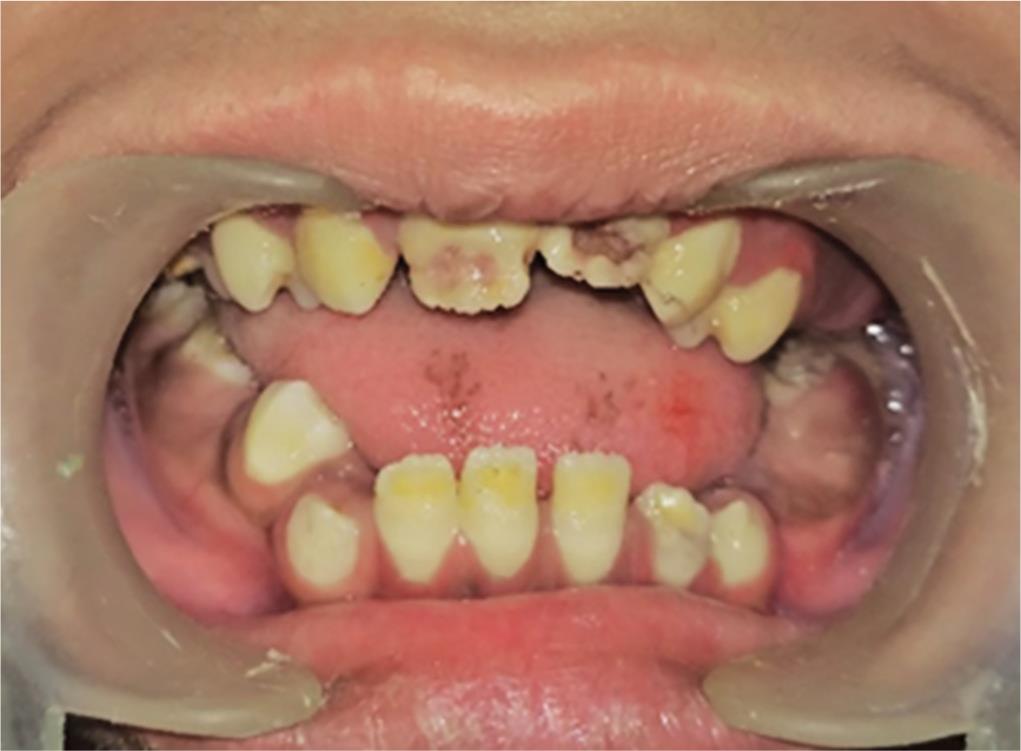 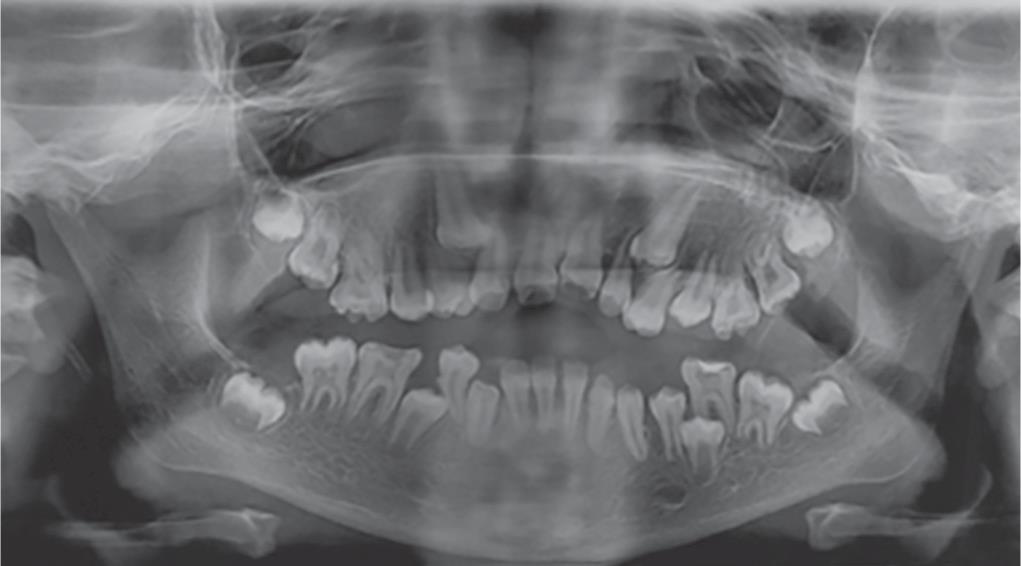 The present case represented the typical features of the Apert syndrome which included craniosynostosis, acrocephaly, and syndactyly of the hands and the feet. Among oral findings, typical features like high-arched palate, maxillary hypoplasia, pseudocleft, delayed eruption of permanent dentition, crowding of dentition, and gingival hypertrophy were reported.

Complex syndactyly that is the union of metacarpals and metatarsals with the involvement of all the digits was noted.6

In such cases, brushing of teeth and maintaining oral hygiene are difficult because of hand deformities. The new generation of electric toothbrushes and fluoride mouth rinses may make the task easier. Professional care, including frequent dental examinations, oral hygiene prophylaxis, fluoride treatments, and dental sealants, is also influential.7

Diagnosis is based on clinical, radiological, and genetic evaluations. Prenatal diagnosis can be accomplished by visualization of craniosynostosis and syndactyly by perinatal ultrasonography, and identification of FGFR-2 gene mutation at the 16th gestational week.10 A family history of the Apert syndrome is essential to perform fetal DNA analysis to detect specific mutations. Therefore, essential measures should be taken to establish the diagnosis by prenatal ultrasonography, followed by the termination of the pregnancy.

Figs 6A and B: Radiographs showing syndactyly of extremities. (A) Upper; (B) Lower 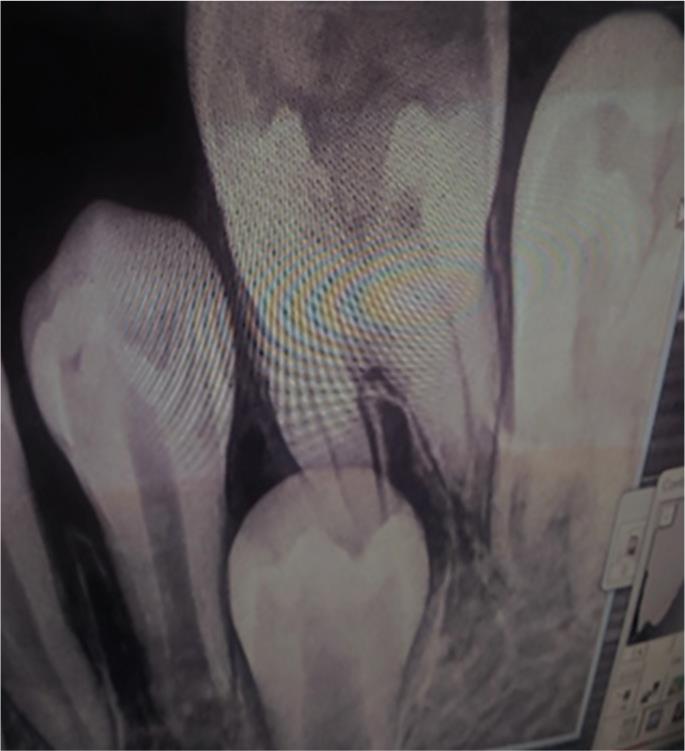 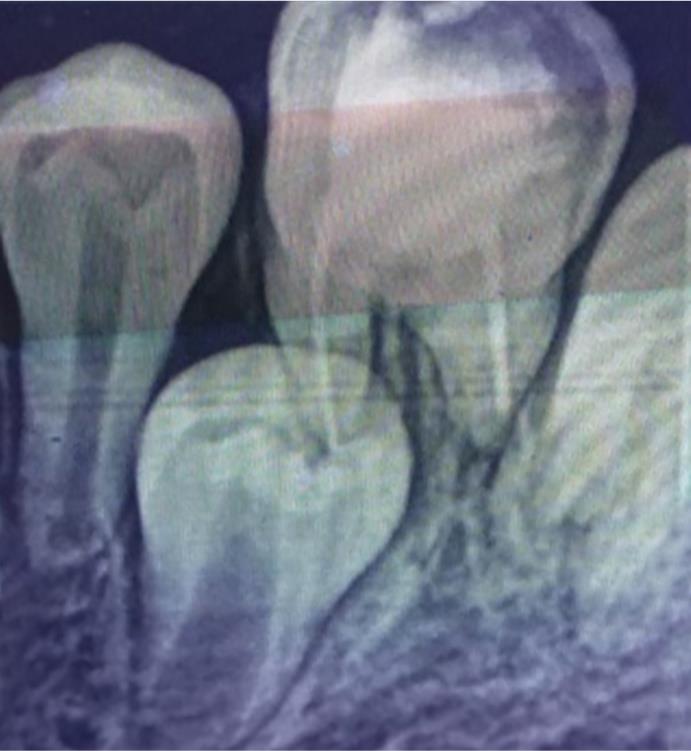 Fig. 8: Obturated mesiobuccal and distal canals with respect to 36

Apert syndrome is a rare autosomal dominant disorder affecting many parts of the body. The integral healthcare delivery should include a multidisciplinary approach provided by dentists, neurosurgeons, plastic surgeons, ophthalmologists, and geneticists for the effective planning and treatment of such patient.11