Assessment of Knowledge and Awareness Regarding Dental Home among Pediatric Residents in Vadodara City, Gujarat, India: A Cross-sectional Study

Introduction: The dental home is inclusive of all aspects of oral health that results from the interaction of the patient, parents, dentists, and pediatricians. Pediatricians being the first point of contact are considered to be in a unique position to diagnose oral diseases early and are expected to stay updated with the concept of dental home.

Materials and methods: A cross-sectional survey study design was conducted among 60 pediatric residents in two medical institutes. A questionnaire comprising 12 questions was distributed and they were asked to fill the proforma. Descriptive statistical analysis was done.

Vadodara is the third largest city in Western Indian state of Gujarat and has a population of 20.7 lakhs according to 2010–11 census reports.1 Currently, 1.85 lakh children are under 6 years of age. A large population of which suffers from the most common chronic disease, dental decay which is by and large preventable. Ideally, the steps to prevent decay should begin prenatally by giving proper counseling regarding oral hygiene practices. This should be continued with a young child where the first visit should be established no longer than 12 months of age.

The concept of the “dental home” is derived from the American Academy of Pediatrics concept of the “medical home” and is new to most of the dental professionals. The American Academy of Pediatric Dentistry (AAPD) initially adopted a policy in 2001 and further defined the dental home in 2006 as “the ongoing relationship between the dentist and the patient, inclusive of all aspects of oral health care delivered in a comprehensive, continuously accessible, coordinated, and family-centered way”. Establishment of a dental home begins no later than 12 months of age and includes referral to dental specialists when appropriate.2 The AAPD concept of dental home aims to begin early in terms of dental care with an emphasis on primordial and primary prevention and promotion of dental health concept.3 Although the concept of the dental home has rarely been studied, if access and utilization are used as indirect measures of the benefits of a dental home, then the concept has merit to improve the oral health of children.4 For instance, the institutions of Vadodara have a dental home setup in their premises where regular out patient department’s (OPD) are attended. The duty is on us to inform people sufficiently and timely as regard for preventing dental diseases.

In developing countries like India, pediatricians are typically the first medical professionals to be consulted as parents usually seek out their guidance in securing their child’s normal growth and development. If proper counseling regarding the child’s development and the eruption of teeth as well as guidance for the prevention of various oral diseases is rendered at this age, then better oral health can be obtained for these children. Pediatricians are considered to be in a unique position to provide preventive oral information and to diagnose oral diseases in their patients early on because of the early age at which children are brought to their offices.5 Thus, the aim of the study is to assess the knowledge about the awareness dental home concept among the pediatric residents in the city of Vadodara.

Need for the Study

Objectives of the Study

This study was designed as a cross-sectional questionnaire study. The study was conducted after obtaining approval from the Institutional Ethical Committee (SVIEC/ON/Dent/SRP/18123). The sample size of the study was estimated to be 60 keeping the power of the study at 80% and 95% confidence interval. Prior permission was obtained from the Dean and Head of the Department of Pediatrics of respective institutes from where the sample was to be drawn. Sixty pediatric residents were enrolled in the study after obtaining informed consent from the participants, from two medical institutes of Vadodara, one being a private university (group I) and other a public university (group II). The study population was clearly identified, accessible, and reliable. The entire population was considered as the sample (population = sample = pediatric residents in Vadodara city). There were no dropouts in the study; thus, selection bias was eliminated. The interviewer bias was minimized by blinding principal investigator to the outcome of the interest of the study. The proforma of the study was distributed and explained to the participants in person by the principal investigator. Confounding factor such as discussion among the residents while filling the questionnaire was eliminated by restricting any discussion among residents by recording individuals’ response in private. The questionnaire contained 12 custom-made questions (Annexure 1). Validation of the questionnaire was done using the content validity and concurrent validity techniques. It was a close-ended questionnaire. Among the questionnaire, the first five questions focused on general information about the pediatric residents. The next questions were framed to ascertain residents’ familiarity with the concept of dental home and its characteristics and compared with those described by Nowak and Casamassimo.4

The participants were asked to fill the questionnaire to the best of their knowledge and contact the principal investigator if they faced difficulty in understanding any of the questions in the questionnaire. The filled proforma was then collected. The data compilation was done by the coinvestigator and submitted for statistical analysis. The statistician was blinded to the identification of the groups. The Chi-square statistical test was used for comparison between the two groups.

On comparison between the two groups, questions 1–5 included questions which assessed pediatric residents’ knowledge on issues like oral health and its association with general well-being, pediatricians’ role in promoting oral health, examining and discussing oral cavity, and oral health problems as a part of routine childcare and the role of feeding habits with dental problems. It was found that answers were statistically nonsignificant with the Chi-square value of 0 and a p value of 1. The answers to question number 6 depicted the awareness of residents to the presence of a dental home in their institute and it was observed that the residents of the private university were more aware. It was observed that the public university residents referred more parents and patients to the dental home compared to the private university. However, both the groups showed statistically nonsignificant results, p = 0.301 and p = 0.297 (Figs 1 and 2). 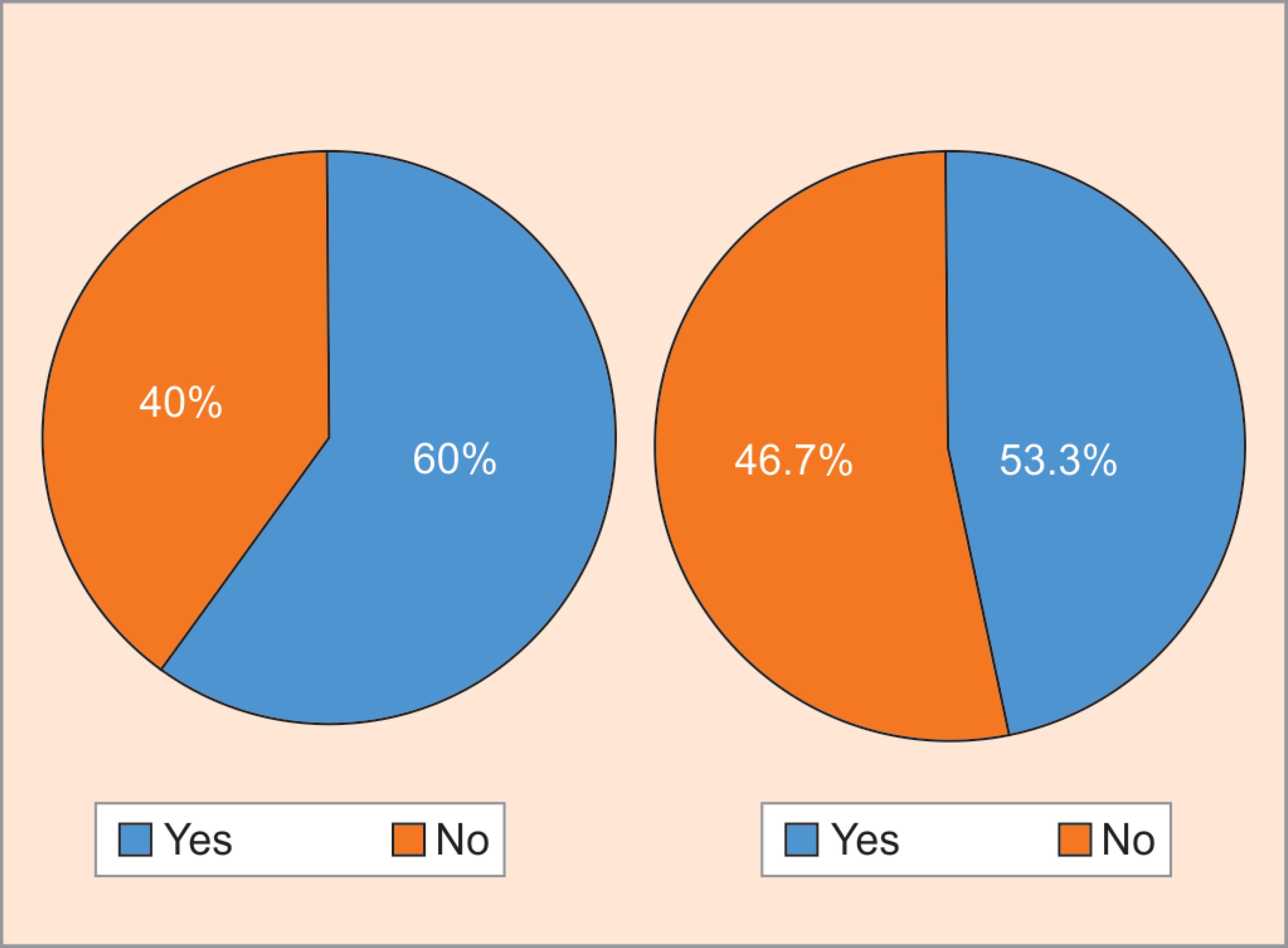 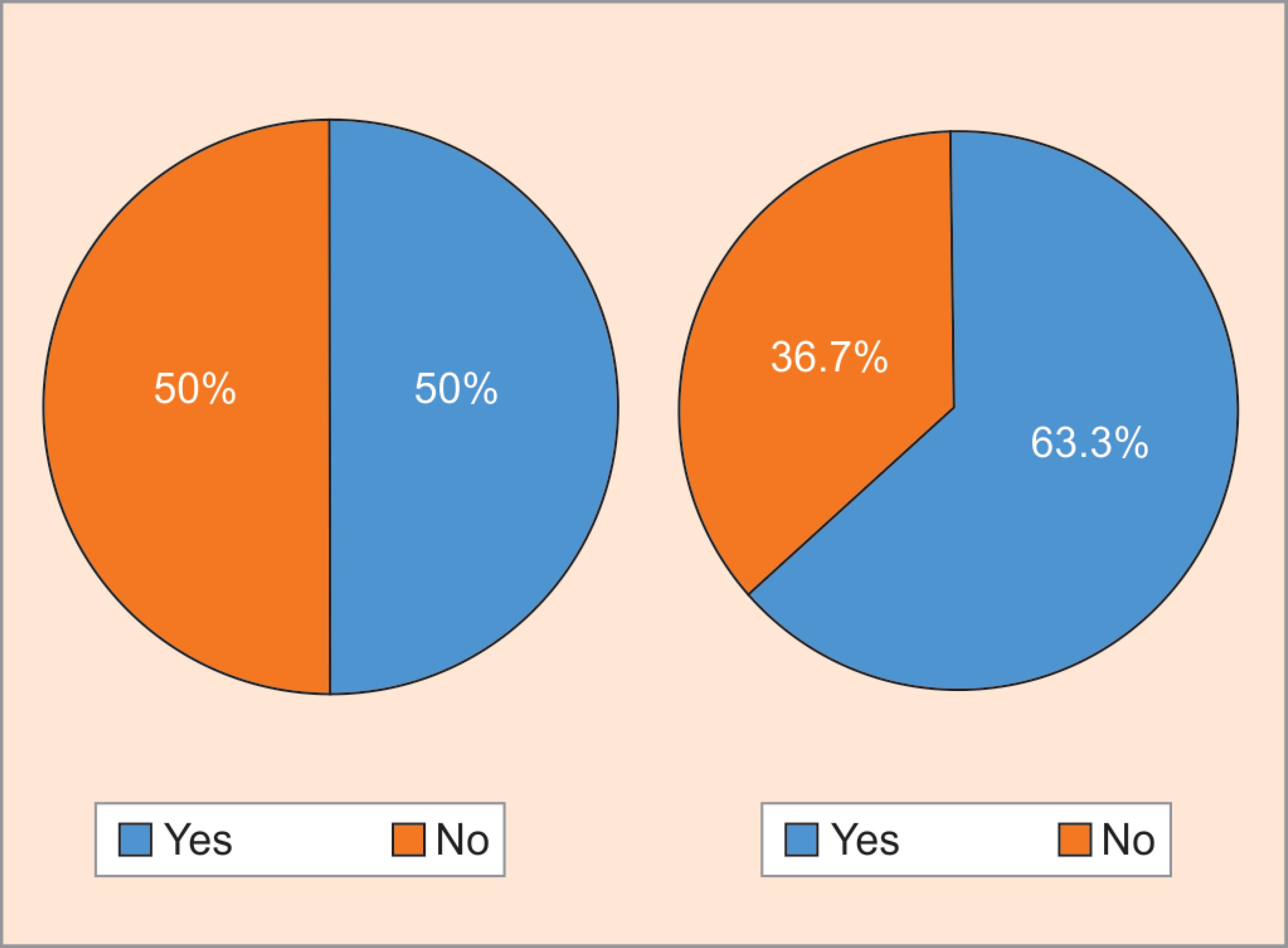 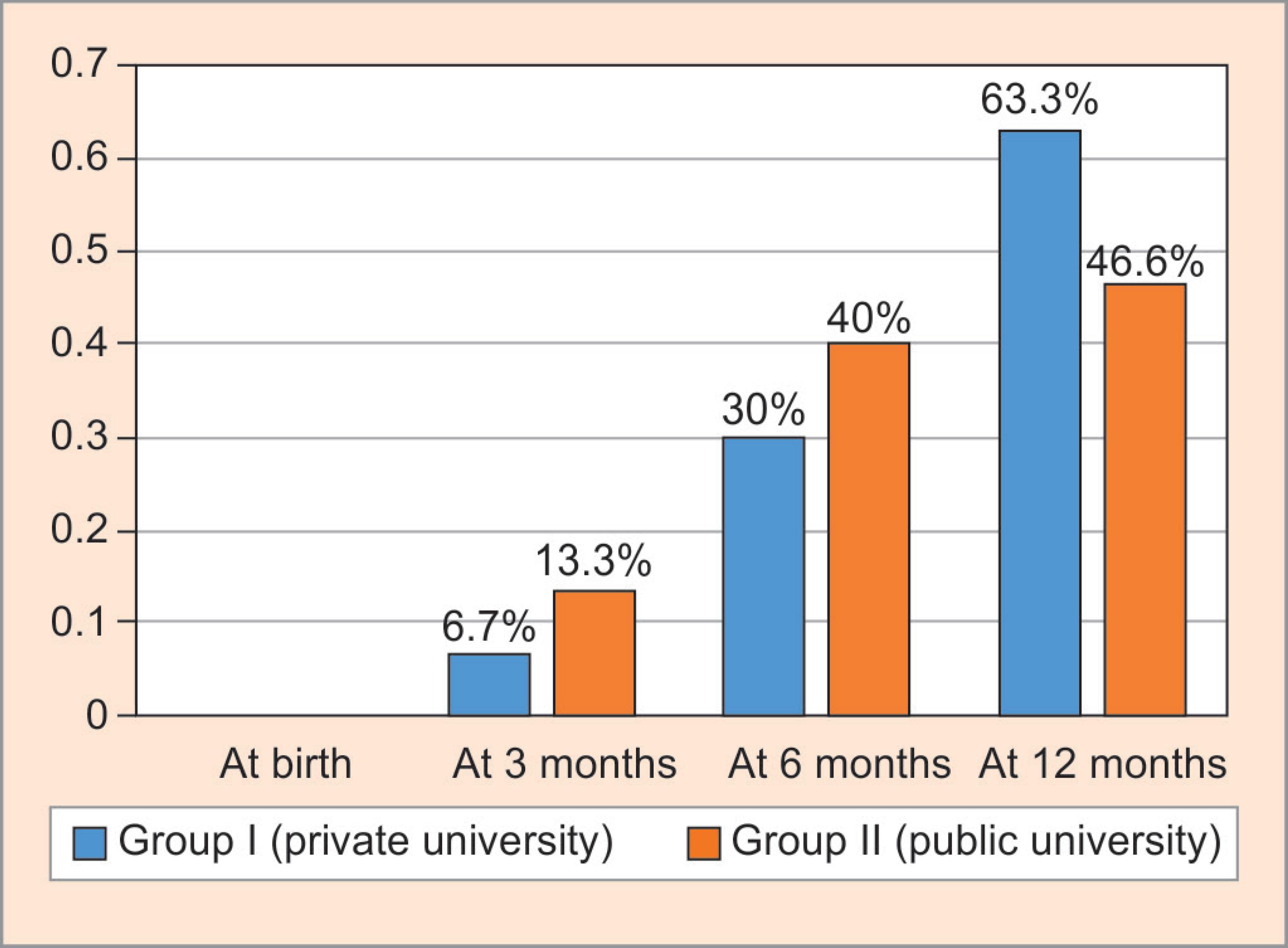 Fig. 3: Ideal time for the first referral of child to the dental home

The next question was a multiple-choice question in which the pediatric residents were asked about the ideal time for the first dental visit/referral of the child to a dental home. AAPD guidelines recommend establishing a dental home for infants by 12 months of age. Figure 3 shows a bar diagram depicting that 63.3% of the residents from a private institution were aware of the ideal time for the first referral of the child to the dental home as compared to 46.6% of the residents in a public institute.

The next question assessed pediatric residents’ knowledge regarding the association between prenatal counseling and dental home and the results revealed that 50% of the pediatric residents from their respective institutes were aware that prenatal counseling is an integral part of dental home. Figure 4 shows a bar diagram displaying different procedures that are performed in a dental home setup and its knowledge among pediatric residents in both the institutes. It was observed that information regarding the status of growth and development of the child, diet counseling, and diagnosis of dental caries was done almost equally in both types of universities. However, the residents of private university residents showed slightly higher precision in diagnosing dental caries but exhibited slightly lesser inclination toward counseling regarding the status of growth and development.

The concept of dental home embraces the importance of early intervention and could provide optimal preventive strategies based on the risk of the patient. This study was conducted to elicit an insight of the dental home with stated standard policies and standard operating procedures (SOPs) in a way similar to the medical home which has made a mark with demonstrated benefits in medical literature.6–10 One of the objectives of this study was to test pediatric residents’ awareness of the dental home. The results of the present study showed an overall lack of awareness about the concept of dental home. This survey indicates that pediatric residents strongly believed and acknowledged the importance of promotion of oral health and showed a willingness to incorporate the characteristics of dental home while making necessary and timely referrals of pediatric patients to a dental home. Most pediatric residents reported that they routinely assess a child’s dental health. Relatively fewer pediatricians discussed about oral health with their parents. These results are in accordance with the study conducted in Ghaziabad city by Indushekhar et al.,11 wherein only 12% of the pediatricians routinely performed oral examination of infants while doing a general physical examination of the child. The pediatricians gave nutritional counseling to the parents but only 4% of them counseled the parents about the risk of caries.

Despite the optimistic and enthusiastic outlook displayed by the pediatric residents about incorporating characteristics about dental home in their routine practice, the survey identified some barriers that may limit pediatricians’ effectiveness in the promotion of oral health in their practices. First, the sample size was inadequate to derive a substantial result. Second, pediatricians’ knowledge of and familiarity with basic oral health-related issues were limited, particularly on topics where new information has emerged in the last decade. They exhibited incomplete knowledge when asked about the different procedures that were performed in the dental home setup. These results were similar to those found in the study conducted by Lewis et al.14 The dental home could increase opportunities for preventive oral health services for children that can reduce disease disparities. The concept of dental home requires support and further investigation so that in conjunction with the medical home, it could provide comprehensive health care to all children in our country.4

Proforma for Collection of Data